Today, 6 November 2017, the Government published its response to the Select Committee Report on the Licensing Act 2003. It is a dispiriting read, tempered only by the fact that it was predictable – and predicted. My overall impression of the Government Response is of a default position: “Everything is working pretty well; and in the rare instances it isn’t, consultation, amended guidance and training will sort it out.”

Nothing, in my view, could be further from the truth.

The evidence before the Select Committee identified some alarming flaws in the current licensing regime – by which I mean the process of application, hearing and appeal. The Select Committee Report gave careful consideration to curing those defects, and made a number of considered recommendations. The Government’s acknowledgment of this substantial body of the Select Committee’s work is cursory to the point of insult: its response to such as it has acknowledged is essentially rejection, clothed in self-satisfied complacency. 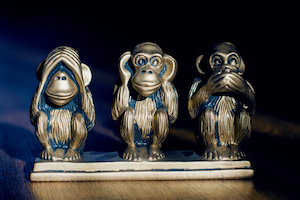 There’s nothing wrong with the Licensing Act

Twenty three paragraphs of the preamble to the Report are dedicated to a discussion of alcohol consumption and alcohol-related harm. These are, of course, important topics. Detailed statistics are quoted, and there are citations from numerous other reports and papers. By way of contrast only three paragraphs touch, and then only glancingly, on the serious criticisms, voiced by many witnesses who work ‘at the coal-face’, about the administration of the licensing regime itself.

Overhaul of the Licensing Laws

Paragraph 24 of the Government Response notes: “The Committee’s Report states that the Act requires a ‘radical comprehensive overhaul’…”  Regrettably, and for not very convincing reasons, the Government does not agree. Their Response completes the above unfinished citation (with an almost audible sigh of relief): “… although it was also noted from some evidence sessions that ‘where it works, it works really well’.” That some of the evidence heard by the Select Committee was supportive of the Licensing Act is hardly surprising. I think it may be taken as likely that where a flawed licensing regime works to the advantage of a lawyer’s client base, that lawyer will resist the regime being changed for the better.

I agree with the Select Committee that a root and branch re-think of our licensing laws is necessary, and long overdue. Today’s Report excuses its refusal to adopt the Select Committee’s principal recommendation on the ground that it is reluctant to act too hastily; and instead of tackling real concerns with robust solutions, it offers instead the meretricious window-dressing of Guidance and training –

“The Government does not intend to be hasty in instigating such an overhaul of the Act. However, there are a significant number of recommendations that the Government agrees will help improve the operation of the Act, for example clarifying points of practice for licensing committees by amending the statutory guidance and looking at the provision of good quality training to licensing committee members.”

In many ways it is a pity that the Select Committee Report opted to recommend that the functions of local authority licensing committees should be transferred to planning committees. It has enabled the Government Response to reject the proposal (for reasons which are cogent, even if I do not agree with all of them) and at the same time conveniently ignore many of the evidenced iniquities that led to the recommendation being made. No one reading the Government Response, who has not read the House of Lords Report, will have the remotest idea of how serious the flaws in our licensing process can be.

“We accept that improvements could be made in some local areas and that the synergies between planning and licensing should be part of an ongoing discussion about how we can support local improvements. Instead of transferring the functions of licensing committees to planning committees, we are focusing on improving training and providing stronger guidance on how licensing hearings should be conducted.”

“Improvements could be made in some local areas…” is as insouciant an understatement as one could wish to hear, even from the lips of Sir Humphrey himself.

And then there is –

“… we accept the Committee’s findings that the licensing appeals system could be improved and we are aware that some local areas find the system unwieldy and prone to delay. We will explore with partners whether there is good practice within the existing regime and from similar regimes that may offer some ideas for consideration.”

It has a claim to admiration as a shining example of its kind, but I leave it to the reader to decide how much comfort there is to be had in the possibility that consultation with ‘partners’ may throw up ‘some ideas for consideration’.

What a lost opportunity this has been! A ill-thought-out and badly flawed piece of legislation. A regime that is often ineffective, sometimes a disgrace. Consequences we can see on our streets, in police vans, and in hospital A&E departments, every Friday and Saturday night. A House of Lords Report that identifies the problems and offers solutions….

And next to nothing will be done.

“… we will consult partners about what changes should be made, if any, to the section 182 guidance.”

Click here for House of Lords Debate on the Report: 20 December 2017