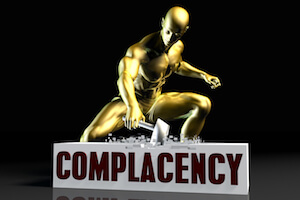 The General Election and Brexit have delayed the Government’s response to the House of Lords Select Committee Report on the Licensing Act 2003. Rumour has it, however, that the Home Office response will be unenthusiastic, save for limited support for certain minor amendments  universally agreed to be overdue.

The Home Office stance, if it turns out to be as predicted, is regrettable.  The evidence it gave to the Select Committee smacked of a complacency reminiscent of Professor Pangloss. The insouciant resistance to any change in the appellate regime in licensing was perhaps the most disappointing in a series of self-preening answers. Andy Johnson said: “We have recently discussed the appeal system in licensing with our stakeholders—licensing solicitors, local government and the trade—and they are happy with the way the system works at the moment.” I wonder with whom the Home Office had these discussions? The reported happiness is not shared – indeed it is the polar opposite – of what most of my professional colleagues tell me they feel.

This is what I told the Select Committee:

“The inescapably haphazard quality of licensing committees demands an effective appeals process capable of correcting bad decision-making. Appeals ‘on the merits’ to a tribunal no higher than a magistrates’ court, of cases, the commercial and other implications of which (investment and jobs) may be of the greatest importance, often fall short of this requirement. Planning decisions, by way of contrast, go before an experienced planning inspector; whereas licensing appeals may be heard by a lay bench, or by a district judge, inexperienced in licensing and impatient to clear his/her criminal list. Moreover, and importantly, the appellate limitations brought about by the Hope & Glory case can render the appeals process illusory.”

Those are not idiosyncratic views. Before submitting my evidence in writing I tested the above paragraph on a number of contemporaries, including another licensing silk, and its sentiments were echoed, forcibly.

None of this can have come as a surprise to the Home Office. When the coalition government came into power in 2010, I wrote to Theresa May (then the Home Secretary) and Jeremy Hunt (then in the DCMS), on behalf of concerned senior licensing practitioners. I sent email copies. I identified what we regarded as serious flaws in the Licensing Act 2003, and in its implementation. I offered the new administration, in case we could be of any assistance, the joint experiences of a number of licensing practitioners – “those of us who have been working at the coal-face” since the 2003 Act came into force. I asked if the Departments would like a written report from us, a meeting with relevant people  – or whether we could do anything else, anything at all, to assist them in an understanding of how the Licensing Act was working in practice, and what were its failings. I received no reply to either letter. Not even an acknowledgment.

So when the Home Office tells us that everything is for the best, in this best of all possible regimes, I am inclined to suggest they go on a little journey with Candide, and take a closer look at things.