This was an appeal by Uber against a finding by the Employment Tribunal that certain Uber drivers were “workers” for the purposes of the Employment Rights Act 1996 , the Working Time Regulations 1998, and the National Minimum Wage Act 1998.

The Employment Tribunal had found that any Uber driver who had the Uber app switched on, and was able and willing to accept assignments was

Uber argued that there were written agreements between Uber, drivers and passengers, which were inconsistent with the existence of any “worker” relationship between drivers and themselves. It was claimed that those agreements showed (1) that Uber drivers provided transportation services to riders, and (2) that Uber itself merely provided its services to the drivers as their agent.

The Employment Appeal Tribunal dismissed the appeal. Material findings were –

These obligations militated against there being a direct contractual relationship with the passenger each time a driver accepted a trip. It was indicative that Uber themselves described the obligations as arising when a driver was “on duty”.

The future: to the Court of Appeal & Supreme Court? 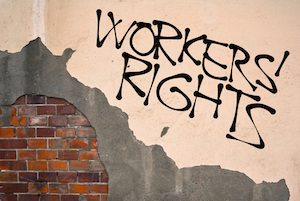 Giving minimum rights to workers, and the payment of VAT and Corporation Tax are anathema to the Gig Economy. Uber have indicated that they will appeal the decision to the Court of Appeal.

Full text of the decision