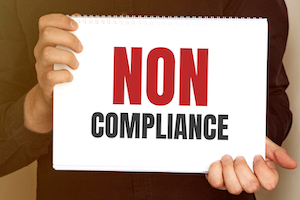 Non-compliance with statutory procedure is by no means fatal to an application under the Licensing Act 2003. The High Court’s refusal to give permission to bring a judicial review is the latest in what is now a long line of cases endorsing the principal that procedural requirements are there to further the interests of justice.

The High Court has upheld a decision of Tonbridge and Malling Borough Council to hear an application for a premises licence (Licensing Act 2003) that was not advertised in accordance with the relevant regulations (The Licensing Act 2003 (Premises Licences and Club Premises Certificates) Regulations 2005).

The non-compliance complained about

Wrotham Parish Council had made written representations to the licensing of a large music festival to be held on land known as “Wings of the Morning Fields” in Wrotham.  Some 30 local residents objected independently. The Parish Council objected on a wide range of grounds, including that the applicant (BJP Productions Limited) had failed to comply with Regulation 25(a)(ii), which requires an applicant to place notices of an application every 50 metres along the external perimeter of the site in question. On the face of it, the failure was an egregious one: compliance would have meant that the applicant had to place 30 notices of the application around the site perimeter. He placed 3.

The modern approach to non-compliance with statutory procedure

At a hearing on 28 July 2021, the Licensing Sub-Committee of the Borough Council was referred to the well-known judgment of Lord Woolf MR in R v Secretary of State for the Home Department, ex p Jeyeanthan [2000] 1 WLR 345.  Counsel for BJP Productions invited the Sub-Committee to focus on Lord Woolf’s observations: “It must be remembered that procedural requirements are designed to further the interests of justice” and “[the] tribunal’s task will be to seek to do what is just in all the circumstances.” The Sub-Committee decided that it was just in all the circumstances to let the application proceed, notwithstanding the procedural defect.

Material factors informing the decision of the sub-committee

In its application to judicially review the Sub-Committee’s decision to hear the application, Wrotham Parish Council pleaded prejudice. Its grounds asserted: “The failure of the Interested party to advertise the application Notice may have meant that it did not come to the attention of all possible interested parties.”  The Borough Council’s response was that the alleged prejudice was hypothetical, and in the circumstances wholly unrealistic. The claimant had failed to identify a single person who did not know about the application.

Perhaps more importantly,  the claimant had failed to identify any concern that was not comprehensively canvassed by the 35 representations received, which amongst them covered the full range of possible objections to this type of event – from familiar concerns about the potential for noise and social behaviour, crime and disorder, litter, traffic congestion, and insufficient provision for parking, to the less-often encountered “lights should be in the red/yellow spectrum only (to minimise the effect on nocturnal wildlife)”, and (paraphrased) ‘attendees might climb on the nearby BBC mast’ or ‘fall onto the M20 from pedestrian bridges’.

No conceivable stone, said the Borough Council, had been left unturned – or unthrown.

Permission to judicially review the decision was refused, the single judge saying that “the grounds of review are unarguable.”