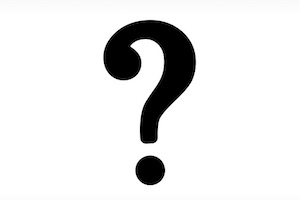 In a statement issued on September 8, Transport for London (“TfL”) – the licensing authority – says:

“Taxify is not a licensed private hire operator and is not licensed to accept private hire bookings in London. TfL has instructed Taxify to stop accepting bookings and it has done so”

But there is more to it than that.

Taxify’s launch appears to have been facilitated by the use of an existing company, City Drive Services Limited (“CDSL”) which TfL has licensed as a London PHV operator with licence number 008955. Taxify’s website has UK terms and conditions for customers (dated 5 September 2017) which are said to be between CDSL “trading as Taxify” and customers.

TfL publishes a “search page” of private hire operators licences, available for inspection on their website. On the morning of 8 September a search of that page for the CDSL licence 008955 gave the result: “No records found”.

TfL have not given any reason why the record of the CDSL licence 008955 has been removed from their site. This has caused speculation that TfL revoked that licence: but its disappearance is equally consistent with its having been surrendered. Either way, it is a missing piece in a jigsaw that has exited considerable public (and trade) interest.

The lack of transparency is particularly regrettable, since the London Taxi Drivers Association (“LTDA”) has written to Tfl, calling the reliance by Taxify on the CDSL operating licence “a sham”, and calling for immediate revocation of the CDSL licence. For that licence simply to disappear from TfL’s website, no explanation whatsoever being given, creates an inescapable impression of there being something more going on behind the scenes than appears from the partial recital of events given by TfL today.

Gerald Gouriet QC and Charles Holland are instructed by the LTDA.