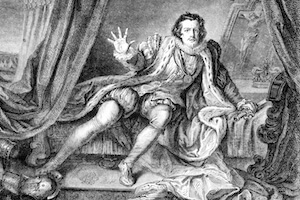 We are enjoined, rightly, to celebrate cultural diversity. This requires more than acceptance or mere tolerance: an inclusive mix of different ethnicities, tastes, lifestyles and sexual preferences – the list goes on – enriches our society, whereas exclusion impoverishes it. Cultural diversity is something to strive for; and I understand “celebrate” in this context to mean that we should be truly glad in our hearts at its achievement.

Thus our culturally diverse society  includes and welcomes – as it should –  those who like to dress up as the opposite sex, those who undergo surgery to approximate (so far as is achievable) to the opposite sex, those who want to marry their own sex – again, the list goes on. Why, then, do we not celebrate and welcome those who like to socialise with their own sex; from time to time, as a matter of preference, or exclusively? What is so wrong with them, so “unacceptable”? Are the members of same-sex clubs not allowed-in to the cultural diversity celebrations? To read Kate Malleson in the Times, one might think they are not.

And the names that this harmless little group are called, with impunity! “Dinosaurs” (Jeremy Paxman); “Clowns” (George Pitcher) – yet again, the list goes on. It is no small irony that the deeply offensive language sometimes used to characterise those who wish their men-only club to remain as it is should be splashed around the newspapers and social media without reserve, in an age when the comparatively mild observations by Sir Tim Hunt are punished with the utmost severity.

To my mind, the ever-more vociferous opponents of men-only clubs epitomise intolerance. This bullying army seems devoid of a true understanding, let alone celebration, of “cultural diversity”: the trends and fads and fashionable minorities they embrace are the cultures they choose to embrace, and they reserve to themselves the right to exclude, oppress and mock cultures they have no sympathy with – or which give them no benefit in supporting.

Maybe all cultures are equal, but some are more equal than others?