Review of the Gambling Act 2005

Note: this is a summary of a ZOOM talk given at Francis Taylor Building on 22 January 2021. It replaces the ‘handouts’ which in different circumstances are given to live attendees. 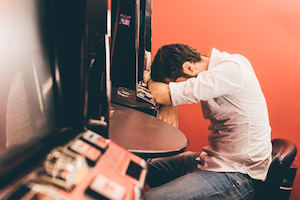 In the recent Press Release on the government‘s launch of a “Major and wide-ranging review of gambling laws”, the Culture Secretary (Nigel Huddleston) said: “the Gambling Act is an analogue law in a digital age.” The soundbite can be traced back to both the Conservative and Labour manifestos for the 2019 General Election, in which each complained that the Gambling Act 2005 is “unfit for the digital age”.

The difference between the parties, however, was that whereas the Labour manifesto pledged to repeal the 2005 Act and start afresh, the Conservatives’ commitment went no further than the promise of a review. The government policy paper “Review of the Gambling Act 2005: Terms of Reference and Call for Evidence” (8 December 2020) now makes it clear that the intention is  to build on the existing “unfit” platform of the 2005 Act rather than to repeal it.

The review presents a lost opportunity for much-needed root and branch reform. In this brief talk I will take a look at some of the things which, to my mind regrettably, are missing from the agenda.

March 2002: Tessa Jowell, Culture Secretary: “The modernisation of our gambling laws is long overdue. Both society and technology have overtaken the law and when that happens, the Government must act.”

October 2004: Tessa Jowell, the Culture Secretary: “Opponents of the Government’s gambling reforms are snobs who want to deny ordinary people the right to bet.”

August 2012: Harriet Harman (Deputy Leader, Labour Party): “Labour made a mistake over Gambling Law. Gambling liberalisation introduced by the former Labour government was a “mistake” and has ruined people’s lives.”

July 2020: Report of the House of Lords Select Committee: “Gambling Harm – Time for Action: “…successive governments and regulators have failed to keep up with the revolution in the UK gambling sector.”  (65 recommendations)

December 2020: Sir Ian Duncan Smith: “Now is the time to make bold moves and urgently prevent any more devastation to people’s lives.”  – and “The government should also use this opportunity to not only review the powers of the Gambling Commission, but to be rid of it altogether.” – and “the industry is in dire need of a reset.”

Scope of the Consultation

As might be imagined, in light of ever more vociferous  condemnation,  expectations ran high that we were heading for a root-and-branch reform of  the 2005 Act; but the Call for Evidence and the limited scope of the 45 questions it asked have somewhat dampened the enthusiasm many of us had when the review was first announced.

Perhaps over-influenced by the House of Lords Select Committee Report – it was entitled: “Gambling Harm – Time for Action” –  the Consultation Document is chiefly concerned with gambling harm –  i.e., the protection of the vulnerable (problem gamblers) and children – with a particular emphasis on the relatively regulation-free world of online gambling, and the regulated (but to all appearances out of control nonetheless) world of advertising. 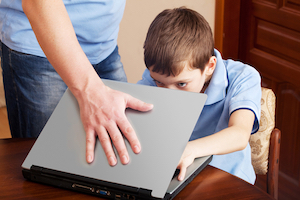 The consultation document reminds us that approximately 0.5% of the adult population are problem gamblers, which equates to about 300,000 people. In addition, it tells us there around 55,000 children problem gamblers. Those numbers are high in absolute terms, and I don’t minimise the compelling need to address them; but I can’t help wondering if, because the focus of the document is so much on gambling harm, it is at the expense of other considerations worthy of at least some attention.

For example, the machinery of regulation is all-but ignored. Whether a local licensing authority is the best forum for premises licensing; whether it is satisfactory to send appeals from their decisions to magistrates’ courts (and no further on the merits); whether the Gambling Commission should be more accountable – these are important questions upon which there is no consultation, and which the gambling review will leave unanswered.[1]

The Select Committee thought that the Commission did not exercise the powers it has sufficiently robustly: financial penalties should be higher and revocation more frequent. The consultation document questions whether the Commission has sufficient powers and suggests increased funding. I had hoped for a much more comprehensive review of the Commission’s role, its autonomy in issuing codes of practice which sometimes give the Commission the appearance of an unaccountable legislator.

Regulation under the Gambling Act is too complex

The regulation of gambling – which the Gambling Act 2005 intended to simplify – has become excessively complicated and over-prescriptive.   Licensees and licensing authorities, as well as those merely working in the industry, need to be aware of, and understand the contents of, reams of ‘advice notes’, ‘principles to be applied’ (in a wide variety of scenarios), ever-changing ‘guidance’, ‘licence conditions’ and ‘codes of conduct’ – issued by the Gambling Commission and revised with such frequency that I don’t think any of us is ever fully up-to-date.  There are too many publications to list here; but a search for ‘Principles’, ‘Guidance’, ‘Advice’, ‘Technical Standards’, ‘Codes of Conduct’ and ‘Licence Conditions’ on the Commission’s website will give a flavour of things.

Of the many over-prescriptive codes of conduct issued by the Commission, I single out just one: the 22018 LCCP required that where gambling is permitted in premises which sell alcohol the operator had to ensure that there was a “pleasant atmosphere”. It was not that an unpleasant atmosphere was prohibited – there was a positive obligation to ensure a pleasant one. Quite apart from the issue of who is to judge what is or is not pleasant, and by what criteria, I am doubtful that Parliament envisaged micro-control being exercised to this extent when it empowered the Gambling Commission to issue codes of conduct.  The October 2020 LCCP has since dropped this requirement. 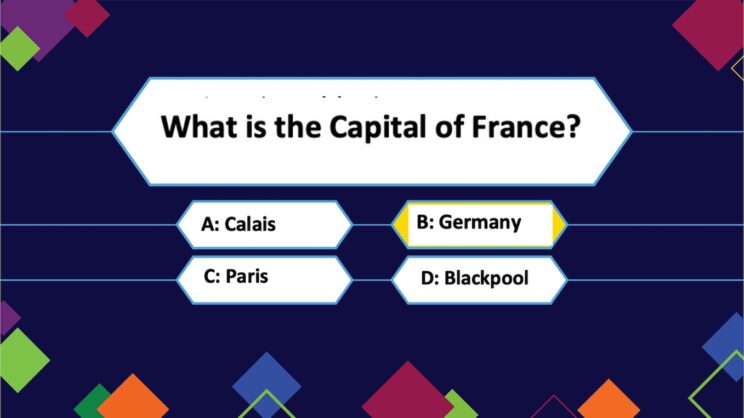 Some of the issues I had hoped would be tackled, but are not, do impact on gambling harm. For example, the ‘free route of entry’, that exempts certain prize-winning arrangements from regulation if there is a “choice of free entry” by ordinary post[2], allows unashamed 22-carat lotteries with high monetary prizes (the unsupervised entry to which is achieved simply by texting a  5- or 6-digit number into a smartphone) to be advertised and promoted on television, topping and tailing popular programmes day and night. One might have thought that a government with concerns about normalising gambling to children would be quick to repeal this slippery slope to harder gambling – an ‘analogue law in a digital age’ if ever there was one.

I am surprised that the section 153(1) requirement of licensing authorities to “aim to permit the use of premises for gambling” is not mentioned at all.  It is the high-water mark of the new permissiveness ushered in by the 2005 Act. It is a presumption in favour of grant, and I fully expected it to be the first priority of a review of the legislation.

Nor is the ‘demand test’ mentioned. In 1966, Lord Parker CJ summarised the demand test as it then applied to betting shop licensing:  he said there should be “no more betting offices than are really required by demand” [3].  I can’t help speculating whether we would have such a hue and cry about the proliferation and clustering of betting offices if the demand test were still alive and kicking: but it was abolished by section 153(2) of the 2005 Act [4].  The House of Lords Select Committee Report suggested the demand test could effectively be restored (paragraph 259) by giving licensing committees authority to refuse a premises licence to a betting shop or adult gaming centre for the simple reason that there are already too many of them in the locality and nobody wants another.

I would have liked to see the pros and cons of re-introducing the demand test addressed head-on by the gambling review: instead, we have an oblique question: “43. Is there evidence on whether licensing and local authorities have enough powers to fulﬁl their responsibilities in respect of premises licenses?”

Need for the Review?

Important though the various issues are, there is a question mark hanging over the need for a review of the 2005 Act at a time of international public health and economic crises. As pointed out in a recent article by Andy Danson and Andrew Cox[5]

“The enhanced player protection measures being proposed could be introduced under the current framework, either through changes to the Gambling Commission’s licence conditions and codes of practice, or through the flexibility built into the Act for the Secretary of State to make changes. Indeed, a number of those proposed changes have already been made, most recently the ban on credit card use.”

Neither should one forget the measures which are in place (or in the process of being put there) to combat the identified harms. The following is an abstract taken from the introduction to the Consultation Document:

The effective regulation of online gambling is to be welcomed. There needs to be much tighter control of television and other advertising of gambling products and their availability. The protection of the vulnerable and children from gambling harm is of paramount importance – but that should not deflect attention from many other issues in need of review and reform.

There is not a whisper of a hope that the gambling review will simplify the law. The prevailing wisdom is that every aspect of our lives should be regulated. One only has to look at the 75 pages of the current coronavirus regulations (and the hundreds of pages of guidance purporting to explain them) to see that our lawmakers are in thrall to regulation.  And their preferred solution to the problems in our over-regulated gambling industry – is more regulation.

[1] Interestingly, the Select Committee Report on the Licensing Act 2003 did raise analogous issues and made some welcome recommendations. The government’s blunt rejection of the more radical suggestions was, if I may put it this way, something of a Monty Python’s foot stamping down on them, which may have discouraged the Department for Digital, Culture, Media and Sport  from being so bold and far-sighted in its review of the Gambling Act.

[4] It was the repeal of the demand test that led, perhaps more than any other factor, to the proliferation of gambling premises in our towns and cities. The clustering of betting shops is another matter and is likely to have been spurred by their provision of high-staking FOBTs – which, of course, is longer permissible.