ResPublica has today (October 17 2017) published a damning Report urging a reduction in the maximum stake on FOBTs in betting shops from £100 to £2 per spin.

ResPublica is an independent non-partisan think tank. The Report, however was commissioned by the Campaign for Fairer Gambling.  The independence of the CFG has been questioned. Critics of the CFG cite what sometimes looks like an allegiance to casinos: for example, the Campaign has called for a relaxation in the law limiting the number of casinos in the UK and for tax cuts to support casinos. The presence of FOBTs in betting shops has long been a thorn in the side of casino operators. 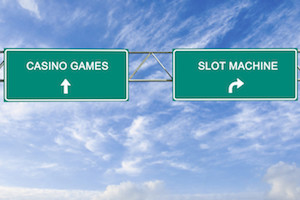 The Report is titled: “Wheel of Misfortune: The case for lowering the stakes on Fixed Odds Betting Terminals”. The evidential basis for the Report’s adverse conclusions about the impact of FOBTs in betting shops comprises two case studies, from Newham and from Liverpool.

Newham: The Report estimates that in the same period some £134.6m was lost on FOBTs.

ResPublica argues that FOBTs are diverting expenditure from more productive parts of the economy. The rise of FOBTs, it says, has consequently damaged employment – 23,400 potential jobs were lost last year alone due to the impact of FOBTs – and in damaging employment it has increased the burden on taxpayers.

The Association of British Bookmakers response

“Research into safer gambling is of the highest importance, however, it’s only right that the impartiality and credentials of the research and those conducting it should also be scrutinised. Although the study in question provides interesting case studies in both Newham and Liverpool, The Campaign for Fairer Gambling has been criticised in the past for the quality of the data that it disseminates to the media. The increasingly fractious level of debate is unlikely to end with the Government’s review in stakes and prizes (among other things) which is expected next week.”

There is undoubtedly cause for concern in relation to all areas of gambling: there are too many instances of problem gamblers wrecking their and their families’ lives to be ignored.  The betting industry, however, has long argued that  FOBTs are being made the scapegoat for much broader issues; and that the reduction in staking levels will do little or nothing to solve problem gambling.

There are likely to be several small bookmakers going out of business if FOBT stakes are reduced as ResPublica urges. Like it or not, the FOBT turnover in most high street bookmakers now exceeds over-the-counter betting on horses, etc. Some have predicted that the small, independent bookmakers (along with HM Revenue and Customs) will be the only ones to suffer if FOBT stakes are lowered: the big multiples will weather the storm, and the problem gamblers will find no end of other gambling opportunities to feed their addictions.