The decision will be celebrated by many private hire firms, and come as a relief to most: but I am not persuaded that the High Court judgment is sound. It seems to me, to adopt the stern language of Lord Simmonds in Magor and St. Mellions Rural District Council v Newport Corporation [1950] 2 All ER an example of “a naked usurpation of the legislative function under the thin disguise of interpretation.” 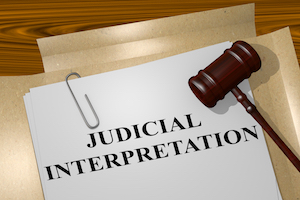 I will discuss the decision more fully in a later post: in the meantime, I find the following paragraphs of the Skyline judgment the most difficult to reconcile with the plain wording of the LGMPA 1976 (as amended by the Deregulation Act 2015).

With just about every licensing lawyer in the UK at the IOL conference in Stratford Upon Avon last week, there has not yet been much by way of academic discussion of this ground-breaking decision. I expect that there will be in the days and weeks to come – and I intend to contribute to it.