The High Court has ruled that an ‘intended use policy’ requiring Private Hire Drivers to work “predominantly” in the  area of the Knowsley licensing authority is unlawful. 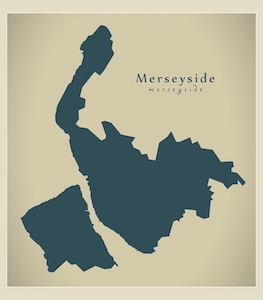 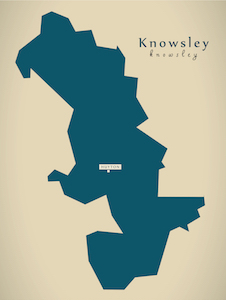 Knowsley Borough Council had amended its Private Hire Vehicle Driver’s Policy so as to require applicants for PHV drivers licences to sign an undertaking that they would work predominantly within the Knowsley controlled district. The policy created a presumption of refusal of a PHV driver’s licence to any applicant who did not demonstrate a bona fide intention so to work. Kerr J quashed the policy as unlawful on the ground that section 51 of the LGMPA 1976 provides that a driver’s licence “shall” be granted to an applicant who is a fit and proper person and has held an RTA driving licence for at least a year. Where he ultimately drives is immaterial.

It is well established that, provided vehicles and drivers used to fulfil a PHV booking are licensed by the same authority as licensed the operator, the actual journey undertaken may lawfully pass through, or may even begin and end in, an area wholly unconnected with the licensing authority. Knowsley council nonetheless sought to persuade the High Court that an applicant who had little or no intention of working within its boundaries was not a fit and proper person within the terms of section 51, because he would be undermining a principle of “local licensing” that has been recognised as central to the private hire regime provided by the 1976 Act. The judge rejected Knowsley’s submission as contrary to the decided cases on the meaning of “fit and proper person” within that section (McCool v Rushcliffe (1998) and Leeds City Council v Hussain (2002)), namely, that the ‘fit and proper’ criterion relates to the personal characteristics and qualifications of the driver.

The judge agreed with Delta’s submission that a PHV driver’s licence is generic in nature – i.e. it is a licence to drive private hire vehicles generally, rather than to drive a specific vehicle.* It follows that the enquiry made by a licensing authority as to an applicant’s fitness and propriety is an enquiry restricted to his fitness to drive private hire vehicles in general. The locations in which a PHV driver might lawfully work are not relevant to that enquiry.

Once the ‘intended use policy’ was held to be unlawful, it was not necessary for the Court to rule on the other grounds of appeal raised by Delta. The judge, however, indicated (without ruling on the point) that it was strongly arguable that the policy was a disproportionate measure to meet the council’s expressed aims of vehicle/public safety; but he remarked that he was yet to be persuaded that the intended use policy was so uncertain of meaning as to be unenforceable.

A judicial review of the ‘intended use policy’, brought by Uber  on overlapping but by no means identical grounds, was heard at the same time as Delta’s appeal, and was equally successful in its principal arguments.

Although Delta and Uber were ad idem with regards to their primary contention that Knowsley’s intended use policy was ultra vires, the two firms parted company on one potentially important issue  – which, although it was academic in the instant case, the judge said might arise for decision in future litigation. The issue surfaced in oral argument, which tested the limits of whether it would be lawful to import geographical considerations into PHV licence conditions. Delta accepted that an appropriately worded condition which promotes the principle of local PHV licensing (as identified  by the courts) is capable of being lawful; Uber, on the other hand, argued that such a condition would in all cases offend the principle in Padfield because it would curtail the ‘right to roam’ – which, it was Uber’s contention, is fundamental to the legislative scheme for private hire vehicles given by the 1976 Act.

Mr. Justice Kerr expressly demurred from deciding the point, but towards the end of his judgment he commented that he was “fortified” by what he had heard in thinking that a fit and proper person might, in principle, be required to abide by a condition (otherwise lawful) imposed in order to meet any perceived erosion of localism.

The full judgment is at –